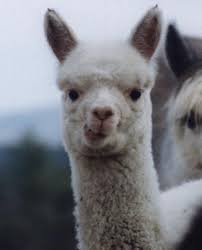 This is a little silly humor aimed at you prophecy buffs! I saw something like this posted somewhere a while back and I cannot remember to whom credit is due.

Posted by Truthinator on December 6, 2011 in Uncategorized

Dispensational Thought for the Day #6

Ok, thus far I have been pretty tough on the reformed people. Hopefully I have been kind however. Today, I will be tough on my dispensationalist friends.

Dispensational Thought for the Day #6 … Everything that happens is not necessarily a fulfillment of prophecy!

Wow, the earthquake in Japan and the resulting nuclear disaster was only just beginning to be realized last week and people were already beginning to claim this was fulfilling prophecy. Stop and think, people!

Where in Revelation or anywhere else does it talk about the end times events happening in Japan? And where does the Bible say that any of the trumpet or seal judgements take place separate from the Tribulation period? Has the Tribulation over the entire world begun?

Yikes. I am amazed at how people take verses out as if they can stand alone and claim all manner of weird fulfillment. Let me give you an example of dispensationalists run amok (No, that is not a title of a new reality show on Fox). Back in the 1980s, there were many people traveling the country doing prophecy conferences. One such person said that Revelation 9:8-9 ( They had hair like the hair of women, and their teeth were like lions teeth. They had breastplates like breastplates of iron; and the sound of their wings was like the sound of chariots, of many horses rushing to battle) was talking about the heavy metal rock bands that were so popular at the time.

Give me a break. This is not exegesis…this doesn’t even qualify as eisegesis. This is simply ignorancesis.

The book of the Revelation is not entirely chronological because there are some parenthetical pieces that give greater detail of some areas but overall events happen within a framework of chronology. Once the trumpet and bowl judgements begin, there will be no doubt that the Tribulation has begun. Speakers must be tested to insure they are sound teachers. Do not follow someone because they tell a fascinating or compelling story very well. Even if they have powerpoint and/or video to back their story up, they may still be misguided or out & out frauds.

Beware of the clever packaging around a bill of goods. The principles of sound Bible study include context, consistency, careful treatment of literal & figurative items, and a solid understanding of God and His nature. We will continue next time… Thanks for joining in.

Posted by Truthinator on March 21, 2011 in Uncategorized

Noah’s Ark has been found?

It was reported yesterday that Noah’s Ark has been found at about 13,000 feet of elevation on Mt. Ararat in Turkey. Could this be true? My response may surprize you but I say, who knows and does it really matter?

Why such a response? Because it really makes no difference to the world spiritually whether it has been found or not. Are you saved? Do you believe there was an actual ark built by Noah that came to rest on a mountain? Of course you do. Will the unsaved suddenly believe in Christ if Noah’s Ark is found? No, because faith is not intellectually derived. Follow me.

The Bible says there is enough proof in God’s creation that all men are without excuse for not believing in Him (Romans 1:20). The Bible also says that salvation is by grace through faith in Jesus. This faith comes from hearing the word of God (Ephesians 2:8-9; Romans 10:17) not from intellectual stimulation.

Remember the parable about the rich man and Lazarus? The rich man begs for someone to be sent back from the dead to witness to his family for them to avoid going to hell. He is told that his family has the writings of Moses and the prophets for testimony and that they would not change even if someone went back from the dead (Luke 16). That is just not how God’s plan works.

Would it be cool to actually see the boat built by Noah? You bet. Could this mean we are nearing the end? Maybe. What it does not mean however is that we can slack up in telling people the truth about what the Bible teaches. We must continue to teach God’s word because this is how He gives faith: through the hearing of His word.

Posted by Truthinator on April 28, 2010 in Uncategorized