Ted:  Dude, in Revelation there is this Greek word called Apollyon, and that sounds like “party on”… so PARTY ON, Dude!

Posted by Truthinator on August 7, 2011 in Uncategorized

Campus Crusade for Christ Kicks Jesus to the Curb (Op-Ed) 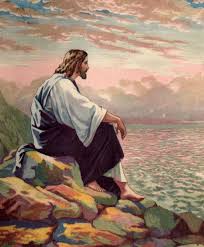 Campus Crusade for Christ kicks Jesus to the curb in order to broaden their appeal… Go figure. So, are they community organizers now or what?

CCC changes their name to Cru. The reason given is that the name Campus Crusade for Christ offends some. Wow, I wonder if being ashamed of Jesus’ name offends Him. Oh wait, it does! Jesus said if anyone is ashamed of Him before men He will be ashamed of them before the Father (Luke 9:26, Mark 8:38).

Exactly how does a group reach out to others for Jesus while being ashamed to admit they work for Him? Inquiring minds want to know.

Check out the full story by following this link http://dailycaller.com/2011/07/22/campus-crusade-for-christ-adopts-a-more-sensitive-name/ .

This kind of stuff riles the Truthinator (as if you didn’t already know). How can someone represent Christ and apologize for His name at the same time? I suppose CCC is in stealth mode now. Isn’t this what the Emergents began their heretical movement by doing? Weren’t they the ones who immediately changed the names of the churches, dismissed all of the staff, and ran off the elderly members so they could apostasize churches all over the world? I believe this is exactly how it started.

I’m not suggesting that CCC or Cru or Happy Times Community Organizers or whatever they are called has become Emergent but it does make me wonder if they are on the slippery slope.

The new downgrade takes another victim? Hopefully not. But hey, the Bible offends people too. Will they stop telling people the truth in order to “help” them in greater numbers? Think about it.

Does anyone else hear that knocking sound? Is it Jesus trying to get back into the inside of Christian organizations?

Posted by Truthinator on July 22, 2011 in Uncategorized

Go to Ken Silva’s site now to view several expose’ pieces about the emergents and those who promote their deception. Ken does a great job of exposing the seeker and emergent apostates  www.apprising.org . Thanks.

Posted by Truthinator on September 30, 2010 in Uncategorized