What it Was Was Contemporary Worship (Humor)

[I modeled this after the comic genius of “What it was was Football” by Andy Griffith and I mean for it to poke some sarcastic fun at the ridiculousness of the Seeker/Emergent Church. Read with your best Southern accent, Ya’ll]

Well, it was October 2011 and I was out lookin’ fer a church to go to in this town called Charlotte. I seen one that I thought might be a good-un so I tied the horse to a tree limb and walked up these steps.

Then all of a sudden like, somebody somewhere turned out the lights and it was so dark you couldn’t see a thang…then there was the awfullest racket that you’ve never heard in all your born days. And this feller came out from behind this curtain playin’ one of them electrified geetars…

And another feller started beatin’ on what turned out to be drums and I thought my head would vibrate off my shoulders. Then this screetchin’ sound started and it wuz these people singin’ and you never heard such bellerin’…

And then this feller carryin’ a flashlight came up to me and asked me ain’t I enjoyin’ the worship and I said, “What worship?” then he got all red in the face and grabbed me by the collar and showed me to the door and I wuz glad to be a goin’ ’cause I had come there for church but I don’t think there wuz no church a goin’ on there…

Posted by Truthinator on September 30, 2011 in Uncategorized

Posted by Truthinator on September 28, 2011 in Uncategorized

Don’t get caught on the downgrade with a cheap cigar…elect a Spurgeon Panatela. It never loses its flavor and the aroma is predestined to ward off backsliding to lesser cigars. Once lit always lit… Exercise your free will and enjoy one today. Reform the way you think about cigars. These are the best smokes of this dispensation. Available at better Calvinist humidors near you.

Posted by Truthinator on September 24, 2011 in Uncategorized

“Tower, this is Emergent Airlines flight A29 from Seattle to Grand Rapids and it appears the airport is upside down. Please rotate immediately…”

When you’re Emergent, if you don’t like what you see, you can redefine it!

Posted by Truthinator on September 21, 2011 in Uncategorized

A group of church elders (all in their 20s) interviewed a candidate for senior pastor. They asked about the experience of the man who replied that he had 30 years of expositional Bible teaching experience and that many had been saved & discipled under his watchcare.

Yawning, the chair of the elders replied, “Look Dude, that’s sort of impressive and all but here at Elevation Station (formerly Calvary Baptist before converting to Emergent) it’s all about the beer, the bling, and the Bon Jovi. It’s about stage lights, big screens, and decibels. It’s about rocking, rejoicing, and recreation. We need someone who can relate to our community… how much beer can you drink? Can you keep your sermonettes to under 15 minutes? “

Posted by Truthinator on September 19, 2011 in Uncategorized

Shane Hipps, a Muslim Woman, and an “Open” Table

I know you guys mainly come to my site for satire & humor but this is something you really need to see. I will give some background to those who may not be aware of this interesting development in the Emergent Church Carnival. This, folks, is the reason why it is a bad idea to replace sound, expositional Bible teaching with drama, self-help sermonettes, and extra loud extra long music segments… Read on.

Shane Hipps is the “teaching pastor” at Rob Bell’s Mars Hill Bible Church in Grand Rapids, Michigan. The issue at hand happened a few weeks ago at the church just mentioned. The church was observing the Lord’s Table or taking Communion or whatever you prefer to call it. There was a lady in attendance who was (as we have been told) a practicing Muslim. She was offered participation in the Communion ceremony by someone or several people in the church. Shane Hipps applauded this in several tweets to his followers.

Hipps went on to also tweet that the woman did not participate noting that her Theology would have been violated more than his since he observes an “open table”.  This sounds very magnanimous but is it? Let’s go to scripture.

In every account of the giving of the wine and bread which Christians continue to observe, the participants were Jesus’ followers. (Judas was pretending to be a follower and was allowed since he was the vehicle by which the betrayal would occur. This is a subject for another discussion) No casual attenders or just regular folks were present when Jesus broke the bread & gave the wine during which he proclaimed these to represent His body and His blood. See Matt 26: 26-29, Mark 14: 22-25, and Luke 22: 17-20.

Also, in 1 Corinthians 11, Paul is correcting the improper conducting of the ceremony in which some members of the church in Corinth were hoarding the food and guzzling the wine. Paul strongly cautions them against taking the bread and wine in an improper manner. Some may argue that all present were not Christians but the letter to the Corinthians was addressing people who were professing believers.

So, does it make sense to invite someone who does not profess Jesus to take part in the observance of Communion? Even though this may change, historically, even the most liberal of churches in America do not invite non believers in Jesus as their Savior to take Communion. So is Hipps correct? No, he is not.

The thing that really saddens me is even the Muslim woman knew it made no sense for her to take Communion and Hipps apparently does not! His “open table” cannot be defended with scripture. This table is not open. And this guy serves as “teaching pastor”… God help us. We need it.

Posted by Truthinator on September 19, 2011 in Uncategorized

In the sequel to the 1994 boxoffice hit, Forrest Gump, we find that after Forrest accidentally turned over some test tubes in a lab thus inventing a cure for most diseases, our main character is off to Switzerland to study Theology.  While studying the writings of John Calvin, our hero telephones Lt. Dan and tells him about a secret code found inside Calvin’s works. The code revealed the tulip industry in Holland was actually an evangelical technique employed to spread Calvin’s 5-points concerning the doctrine of election…

Don’t miss it when Lt. Dan says, “Take the TULIP or you will be pushing up Daisies…” and when Forrest says, “Momma always said that Total Depravity applies to almost everybody…”

Run out and see this movie…

Posted by Truthinator on September 16, 2011 in Uncategorized

Man Pointing:  “The roar like a freight train is coming from that church over there not from a tornado. The praise band must be rehearsing…”

Posted by Truthinator on September 15, 2011 in Uncategorized

Doctor:   I’m seeing this more & more these days. Next Sunday, make sure to sit farther from the praise band…

Posted by Truthinator on September 12, 2011 in Uncategorized 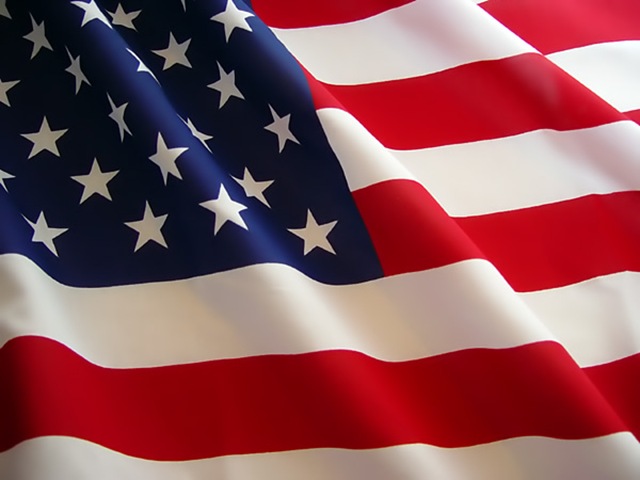 Today is September 11, 2011 which is the tenth anniversary of what was apparently a quasi-military attack on US soil. This opinion piece is not about whether this day should be memorialized. Read on…

Dispensational churches across America will fly 100 foot flags today and marching bands will play patriotic tunes while people gather to hear inspirational words. Is this wrong? No. Many need comfort. Even though it has been ten years, the people who lost loved ones will always grieve. There is no statute of limitations on pain & loss.

The issue I seek to raise really has nothing to do with 9/11/01 per se. The issue I have a beef with is that many dispensational churches will go through yet another scheme to draw a crowd today and once drawn, a speaker will deliver a message to them about 3 or 4 steps they can employ to make their lives better here on earth.

Self help, investment portfolio enhancement, marriage improvement, Lexus performance maintenance, and other such important matters will get more attention than the message the church is intended to proclaim unless I miss my guess.

While I do not agree with everything my Reformed friends believe, they will come much closer to getting it right today. Dispensationalism has gone the way of the pragmatic broad road in too many cases. Did Jesus set aside His rightful position in Heaven, come to earth, die, and rise again so that we could put a little spark in our marriages & get optimum performance from our beemers?

The Bible is very clear about what we are to do during this life. Of the activities discussed there, I see very little if anything about structuring this life for optimal enjoyment. Draw crowds if you please but for Christ’s sake, tell them the truth once you get them there.

Posted by Truthinator on September 11, 2011 in Uncategorized